McDonnell-Price initially approached Hughes Paddison to assist them with the purchase of 1 Unit in November 2018 to be used as the growing roofing contractors new head office having outgrown their previous premises in Stroud.  Paul Harris, a Solicitor in the Commercial Property Department, subsequently advised and assisted McDonnell-Price with the acquisition of two further Units over the course of 2019. 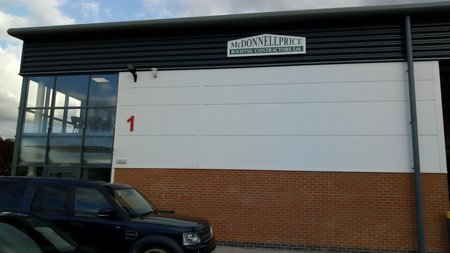 Patrick McDonnell the Managing Director of McDonnell Price states that “the acquisition of the Units on the Gabwell Business Centre is a culmination of many years hard labour in the roofing trade and it is a very proud moment for me personally to see the fruition of a vision that I have held for quite some time now”.

Patrick masterminded the fit out of Unit 1 Gabwell Business Centre to be used as the headquarters of the McDonnell-Price operation which was purchased as a vacant shell on completion.  Paul Harris comments that “it is very impressive to see the transition from essentially an empty shed to an incredibly smart and professionally fitted set of offices”.

It's December, hats and scarves are out, we are all thinking about how we will spend the festive holiday and who we can spend it with in light of the COVID-19 tiered restrictions. Recently we have had to put more thought into how to spend time safely...
Read more

Forfeiture is a remedy that can allow a landlord to terminate a lease if the tenant does not make payments of rent. In the case of commercial property, the lease can be forfeited by way of peaceable re-entry - ie changing the locks. But this robust action...
Read more

Life after Lockdown? Live Q&A with an Expert Panel

A chance to hear the latest on employment, property, corporate and restructuring and insolvency and to ask questions and share your opinions.

Cheltenham based solicitors, Hughes Paddison, have announced two promotions within their Senior Management Team. Jon Rathbone has been made an Equity Director within the firm, whilst Julie Bennett has been made a Director.

Across the team at Hughes Paddison we have been looking at the potential implications of Coronavirus and its consequences on different situations and legal aspects. We have pulled together in this Legal Information Update all the blogs that the team here...
Read more